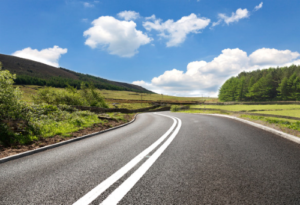 Just because somebody has a senior position, does not mean they know everything.

In 1899 Charles H. Duell, the US Commissioner of Patents said

Everything that can be invented has been invented.

Yet, at present more patents are registered in one year than during the whole of the 19th century.

But miscalculating future events was not reserved for Charles Duell alone. Many others have also predicted future trends with a serious lack of vision.

An executive from the world’s leading telegraph company in 1876 said “The telephone has too many shortcomings to be a means of communication.” And we know the extent of telephone communication at present. Almost everyone is carrying a phone, no matter where we go, and our phones are always just an arm’s length away.

I think there is a world market for maybe five computers.

Well with a 10Mb hard drive weighing more than a ton that might have been your prediction for the future of computers.

An executive of a record company in 1962 reasoned that “Guitar music is on its way out” and therefore rejected the Beatles. Another person said “A 100 metres in under 10 seconds? Not in our lifetime.”

And now we stand at the beginning of 2019. What are your predictions for the year to come? Both politics and the economy lack direction and with an upcoming election to add to the mixture we certainly live in interesting times.

# But we must remember that whatever we believe, predict or expect, God always has the final say.

On a tour of Europe, international chess master Paul Morphy and a friend entered the Louvre Art Museum in France. An intriguing painting by Moritz Retzsch called “Checkmate”, was displayed. It depicts 2 chess players, one is Satan whom appears arrogantly confident, and the other player is a man who looks forlorn. If Satan wins, he gets the man’s soul.

Morphy was immediately drawn to the painting. After studying the painting, the chess master suddenly stepped back, “It’s wrong!” he exclaimed. “There’s one more move.” “We have to contact the painter,” the chess champion said.

It’s not checkmate. The King has one more move!

The King has one more move 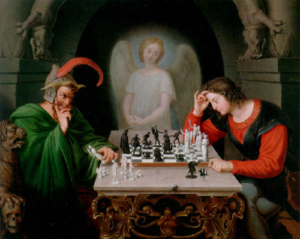 Job in his great distress said “My eye will never again see good.” (Job 7:7) But the King had one more move.

At the Red Sea the people said to Moses, “Because there were no graves in Egypt, have you taken us away to die in the wilderness? Why have you so dealt with us, to bring us up out of Egypt?” (Exo 14:11) But the King had one more move.

Therefore, let us not be anxious when we look at the year ahead. The same King will always have the final move. “There are many plans in a man’s heart, nevertheless the LORD’s counsel – that will stand.” (Pro 19:21)

Do you feel like a square peg in a round hole in your job? Get to know yourself to understand why. A Career Direct Assessment will help you understand and it will make all the difference for years to come.

Hallo Darkness… but you’re not my friend
Age of Options