You are here: Home › Midlife and other crises
By David Malherbe (@DGMalherbe) on 2019-06-19 in General, GPS Living 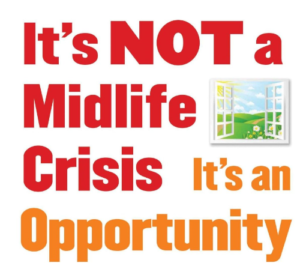 Why is it that whenever you mention the term middle age that people immediately respond with “Oh, the time when people experience a midlife crisis.” It is often associated with men trying to be young again and the cliché associations are that they will buy a motorbike, dye their hair or whatever may be associated with being a younger version of yourself.

midlife does not have to be a crisis.

There is also a transition that one goes through between the ages of ±17 and 22. But because you are young and you want to explore a world full of opportunities, you do not really take notice how the structure of your life changes during this transition phase; from a teenager at school to a young working adult and some people perhaps even married.

So what makes for the midlife transition to often become a midlife crisis?

I believe that by not being prepared and to not have knowledge about the different phases of life and what to expect in each phase, makes that before you realise, you are all of a sudden in midlife. Yes, it comes that quickly.

The realisation that you are not as agile and strong as you were at thirty comes in a form of mourning about your youth that is busy passing. Trying to reach backwards, longing for what lies behind instead of looking forward, is what makes people miserable and it becomes the “crisis” in midlife. But it needn’t be.

Instead of longing for what was, rather focus on the positive of productive middle adulthood years that wait. Pour yourself out into your career; many people at this stage start a business and often they even enjoy this “second half” more than the “first half.” 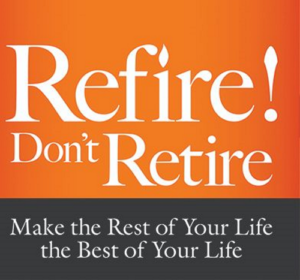 The next transition phase usually occurs at ±60-65 years of age. This is known as the late adult transition. There are two interesting perspectives on people in this age bracket. On the one hand people of 65 and older are seen as old people and many are retired and perhaps even living in some or other retirement community.

On the other hand there is a notion to press for people to keep on working until they are 70 years of age, because they have such a wealth of knowledge and experience. Because of many people nowadays becoming older than 80 or even 90 years of age, a retirement age of 70 can take a lot of pressure from pension funds.

During childhood till ±20 / 22 you basically prepare yourself for a career; during early adulthood you get your heels into your occupation; by middle adulthood you will most probably prefer a senior / management position whilst coaching / mentoring roles are usually the most suitable for late adulthood.

Unfortunately politically motivated procurement policies deprive many middle adulthood workers from senior and management positions which lead to much frustration and demoralisation.

Older people though, depending on health, nowadays often prefer to stay more involved and active for longer. Some even say “Don’t retire; refire.”

But wherever you are in life,