You are here: Home › A pioneering spirit
By David Malherbe (@DGMalherbe) on 2020-11-19 in GPS Living, Leaving a Legacy 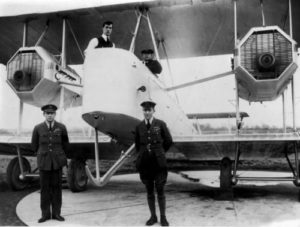 Can you imagine that the first flight from London to Cape Town took place only 100 years ago in 1920.

It was an enormous milestone in South African flight history and it looked very different from anything we know today.

South Africans to be first

Although several British teams had set out to pioneer this new air route, each one had crashed and abandoned their effort. General Smuts, then Prime Minister of South Africa, wanted a South African to be the first so he authorised the purchase of a Vickers Vimy for this task at a cost of £4500.

On the 4th of February 1920, two South African pilots, Lt. Col Pierre van Ryneveld and Lt. Col Quintin Brand set out for this first flight from London to Cape Town in a Vickers Vimy named the Silver Queen.

Trouble along the way

After departing from London, bad weather conditions contributed to the fact that

it took them 11 hours to cross the Mediterranean Sea.

The next challenge was when a leaking radiator lead to a forced landing at Wadi Halfa in Sudan in which the aircraft was written off.

They were fortunate to get a second Vimy F8615 on loan from the Royal Air Force at Heliopolis in Egypt. So eleven days later on the 22nd of February they were able to take off from Cairo to continue their journey in Silver Queen II.

On 27 February they made an emergency landing at Tabora in Tanganyika, fortunately without injuries. But on the 6th of March an overloaded Silver Queen II crashed in Bulawayo.

The South African Government and the two South African pilots though were determined that they would be the first to complete the flight from London to Cape Town. Another aircraft, this time a De Havilland DH9, was flown to Bulawayo and handed over to the two pilots.

So they resumed their journey on 17 March and three day later on 20 March, landed at Young’s Field in Cape Town. The flight took 45 days with a total flying time of 109 hours and 30 minutes. Both Van Ryneveld and Brand were knighted for this achievement.

During the past 100 years since these men made this epic flight, the opportunities for venturing out on unchartered adventures became fewer and fewer. Yes, most of the world has been explored and people with such an adventurous energy and pioneering spirit find it hard to do something that nobody has ever done before.

It becomes harder and harder to break world records in athletics, cycling, weightlifting or whatever other sport.

To venture out anywhere in the world where nobody has ever been, becomes increasingly difficult, because we’ve been everywhere. 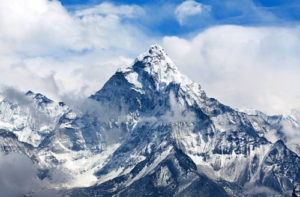 The highest mountain in the world, Mount Everest, was first summited on 29 May 1953 by Sir Edmund Hillary and Tenzing Norgay, but since then it almost gained tourism status with Sherpas in Nepal continually guiding climbers from around the world up and down the mountain.

The new adventures in flying now centers around space travel and some even want to establish themselves on other planets.

So to be able to do things that nobody ever did before some people try to get their names in the Guinness book of World Records. Lately I’ve seen two guys who made it to Guinness World Record status, the one grew the highest mohawk ever and the other broke the record for eating the most marmite in one minute.

We need people with a pioneering spirit to be able to break new ground, but it becomes harder as opportunities become less.

Do you feel like that square peg in a round hole in your job or business and you don’t know why? If that is you, contact me for a Career Direct Assessment (available online) which will help you understand. It will not only show who you are, but will also point you in the right direction.