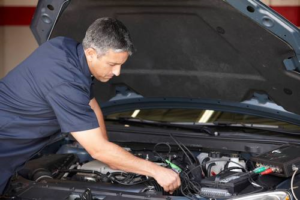 They say the first thing a motor mechanic needs to learn, is how to whistle in astonishment when opening a motor vehicle’s bonnet. It immediately prepares the client to expect a bigger bill than he originally bargained for.

So what a surprise when the man working on our vehicles this morning informed me that the repairs he’d done on my car would only be a fraction of what was estimated. It almost sounds too good to be true.

But it seems that we will not get off that easy with Eskom. I get the feeling that the description of throwing money into a bottomless pit is by far too shallow to describe the debt hole that Eskom created and wants us to bail out.

It reminds me of the term groupthink. This applies when everybody in a meeting agrees with the leader and does not want to heed the warnings of one or two people who differ from them.

While Eskom was literally blowing billions on who knows what, the few whistle blowers were silenced because they were “standing in the way of transformation.” Most people like to be accepted in a group and are therefore hesitant to voice an opposing opinion.

Group think is always dangerous and usually stand in the way of making good decisions.

Sound practice for meetings is to appoint a “whistle blower” also known as a devil’s advocate.
Good leaders are those willing to stand for what is right even though it will not help them win the popularity contest. They should be willing to listen to the devil’s advocates among them.

In the case of Eskom it could have saved our economy from losing an estimated one billion rand of production per day during to our current bout of load shedding. 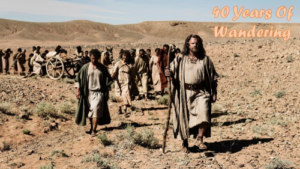 # Bad decisions as a result of group think though is nothing new, but it seems like we prefer to make our own mistakes, rather than learn from others. Although the Eskom crisis impacts negatively on everybody’s business and on us as individuals, we are not the first to suffer as a nation the disastrous consequences of our leader’s bad decisions.

In Exo 13 -14 we read about twelve leaders of the tribes of Israel who were sent to spy out the land of Canaan, the promised land, to see whether they will be able to take it. Although God promised them victory on numerous occasions, ten of the twelve insisted that they would not be able to do it.

Only two leaders, Joshua and Caleb, encouraged the people to go forth and pursue their mission for which they came all the way.

But the people were swayed by the ten.

This was a big mistake and the whole nation wandered through the desert for fourty years until that generation all died and the next generation eventually entered the promised land. Let’s hope that our suffering will be short lived and not a fourty year wandering in the desert.

It is often difficult to decide which person to promote or appoint in a leadership-, or for that matter, any position. A Career Direct Assessment can help you with that.

100 Years ago
Becoming what I never thought I’d be