You are here: Home › Confusing messages – Get the ducks in a row
By David Malherbe (@DGMalherbe) on 2020-06-03 in Character, Economy 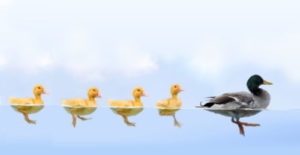 I think the one thing that concerns me most about the current virus epidemic, is the extremely confusing messages that we continually receive from political leaders. We all know the seriousness and dangers of the virus and would like to do our part in trying and curb it. But

we need clarity and we should be able to trust our leaders.

Yet the messages we receive at present, are very confusing. The one day the president tells people one thing and the next day a minister makes a speech and says the exact opposite.

Next thing it is announced that schools will open on a certain day, yet a couple of days later we hear it will be a week later and then again back to the original date. Then the minister is to make a speech to clarify matters which is then postponed to the next day when the schools have already opened. And eventually the minister’s speech; schools will open a week later.

It seems like there are a couple of loose cannons in cabinet who each wants to fire a shot. What should the people of a country do when the leaders spread such confusion amongst their citizens? Isn’t it possible for them to get their ducks in a row before anybody makes a public announcement?

We often hear that leaders should lead from the front; the direction they go should lead us towards a better future. But now they themselves seem to be utterly confused about what needs to be done.

Leadership guru John Maxwell says that leadership is influence – nothing more, nothing less. Leadership is a process of social influence, which maximizes the efforts of others, towards the achievement of a goal.

According to Maxwell one of the important traits of good leadership is clarity.

Good leaders are clear and concise at all times – there is no question of their vision and what needs to be accomplished.

This he says will grow the loyalty of followers and will create a foundation of trust.

So where is the clarity of direction our political leaders are supposed to show? How do they want us to trust them to deliver what they promise? 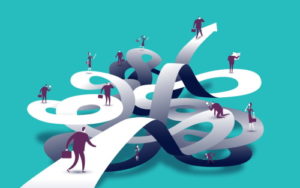 The dictionary describes confusion as the state of being bewildered or unclear in one’s mind about something, or a lack of order in society. I think we would all appreciate better order in our society.

I am well aware that we live in times of great uncertainty, therefore it would really be appreciated if government could bring some stability, clarity and trust to the table. Fact of the matter is that the political leaders create the environment in which the rest of us must work to create wealth. Unfortunately at present they rather add to the uncertainty and confusion which makes it difficult for anyone to take risks.

What’s the Word on it

The Apostle Paul says that

Therefore we can perhaps be spared a lot of misery by adhering to the Biblical principle in Mat 5:37 “Let your ‘Yes’ be ‘Yes,’ and your ‘No,’ ‘No.’ When you manipulate words to get your own way, you go wrong.” (MSG)

Maybe after this time of turmoil, you’ll be looking for a job or business that will better match your personality. If you are that person, a Career Direct Assessment (available online) will help you find the right direction. It will not only show who you are, but will also point you in the right direction.

Crazy times – Together and apart
Child in the mail