You are here: Home › Pioneers and freelancers
By David Malherbe (@DGMalherbe) on 2019-03-21 in Economy, Entrepreneurship 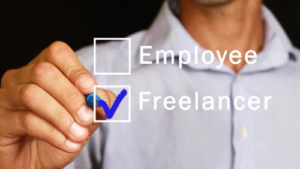 I read an article by Amanda Visser on Network 24 about the changing environment of the workplace. Now, I’ve previously written about the fourth industrial revolution which forms the backdrop for the enormous and

dramatic changes that is expected to take place in the workplace.

who need to generate their own income and not earning a salary from some or other company. 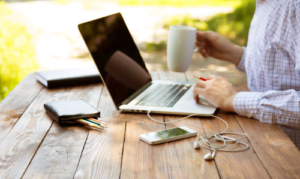 One of the negatives for the vast number of people working as freelancers is their struggle with loneliness. After working alongside other people for many years, it is not an easy adjustment to start to work on your own day in and day out.

Depending on their skills and qualifications some become IT specialists, some coaches and consultants, some writers, some mechanics working from home, etc. But no matter what you do,

and can lead to depression and even anxiety.

You also need to acquire some business skills in order to run your new job like a business venture because that is what it actually boils down to. We should also not think that this new wave of technology will not affect us as South Africans. What is happening in America today is here tomorrow.

Therefore whether you have recently lost your job or whether you still have a job, prepare yourself for the possibility that maybe someday you will have to become an entrepreneur, a freelancer.

To do that you’ll have to adopt a pioneering spirit. 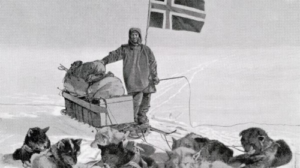 A pioneering spirit is what makes a person willing to venture out into unchartered territory. For the early explorers it was to be the first to do something, like Edmund Hillary who was the first man to summit Mt Everest or Roald Amundsen who was the first to reach the South Pole. For them there was no book with guidelines to follow and they faced many hardships for which they had to figure out their own solutions.

It was the same for Abraham of whom we read in Genesis 12 when the Lord told him to depart from where he lived to go to a land that the Lord promised He would show him. Facing the unknown is never easy.

In the Network 24 article I mentioned earlier, it is suggested that for the time we live in we need to adopt the same attitude as the early explorers.

That pioneering spirit is necessary for freelancers and entrepreneurs in our present day work environment.

Although you may not be the first person ever to start a certain kind of business, it still takes a special courage to leave a salaried work environment to venture out on your own.

Remember it is better to be prepared than to be surprised by restructuring that may all of a sudden leave you unemployed.

When you consider a new career or business, it is best to know and understand yourself. A Career Direct Assessment will help you make the right choice.

Who will get my vote?
Passion – Being in the Zone