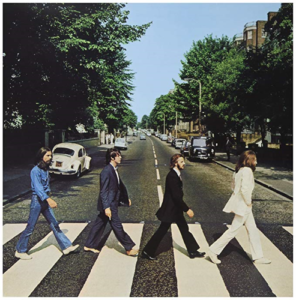 Saturday 6 July 1957 was a defining moment for the history of modern music: it was the day that John Lennon and Paul McCartney met for the first time.

That day John Lennon’s group, “Quarrymen” played at the garden fete of St Peter’s Church in Liverpool. Besides the music, there were craft and cake stalls, games, police dog demonstrations and the traditional crowning of the Rose Queen. Paul McCartney also performed and afterwards McCartney aged 15 was introduced to Lennon then 16.

Both were impressed with each other’s skill and about two weeks later McCartney joined the Quarrymen. During 1960 the name was changed to The Beatles and George Harrison and Ringo Starr joined the band while the others left.

And as they say, the rest is history. The Beatles became the best-selling band in history, with estimated sales of more than 800 million albums worldwide.

Who knows what the outcome of a certain meeting, event or decision may lead to?

That first meeting with a young man or lady may lead to being grandparents fourty years later.

That first step to follow your dream and start your own business, may lead to a group of companies thirty years later. On the flipside, that day a person gives in to peer pressure to experiment with drugs, can be the start of a life of addiction and it may even kill you in due time.

Unfortunately we do not know the outcome of our deeds beforehand, for we never know the full consequences of today’s decisions or actions.

Similarly I believe that the 2019 election in South Africa will be a defining moment in the country’s history. Political speeches and promises abound the last couple of weeks, but it is the votes cast that will determine the future.

I trust that you played your part in determining our future.

My professor in Business Management once said that the only thing that is certain about the future is the fact that it is uncertain. Therefore we do not know beforehand which moments in our lives will be those defining moments that will impact our lives.

Although we cannot change the past, we can clearly recognise which were those defining moments. And although we cannot predict the future, we can live intentionally and to a certain extent create one’s own preferred future. When you live with direction, i.e. knowing what you would prefer to one day be remembered for, you can make decisions intentionally which may help you realise your dream.

Ten years from now, make sure you can say that you chose your life, you didn’t settle for it. (Mandy Hale)

After the Apostle Paul’s conversion on the road to Damascus (Acts 9) he realised God’s call on his life. Years later in Acts 26:19 he declares “Therefore, King Agrippa, I was not disobedient to the heavenly vision.” The Damascus road experience (his defining moment) gave his life a new meaning and direction and he stayed the course till the end.

One Response to Defining moments