You are here: Home › Testing the limits
By David Malherbe (@DGMalherbe) on 2019-09-12 in Character, Excellence 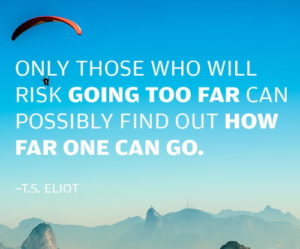 How much is enough? How much money will be enough? A universal answer remains “somewhat more than I have at present.” Once at an auction where a farmer sold one of his farms another farmer asked him what he’s gonna do with all the extra money? He answered that he’ll just add it to the rest of his money.

How many coffee shops?

At the moment I am sitting in a coffee shop and I wonder how many coffee shops in a town would be enough? Coffee shops at present arise like mushrooms and every one claims to have some or other unique blend of coffee and an owner who’s been a connoisseur of coffee ever since he or she has been weaned. When shall we reach a point where one more coffee shop will be one too many?

In our town we had three biltong shops besides three butcheries and four retail grocery stores each with a butchery as well. Then a fourth biltong shop opened leaving us with three biltong shops within a two hundred meter radius and although the last one’s products were of exceptional quality, it closed within six months. Seems like the cake was not big enough to accommodate another one.

But how will we know what the limits are unless it is tested?

Unfortunately someone will pay the price in order for us to know, like the owner of the biltong shop. But I suppose it is in our nature to challenge the limits. It is our achieving and ambitious nature that enables us to still set new world records as well. 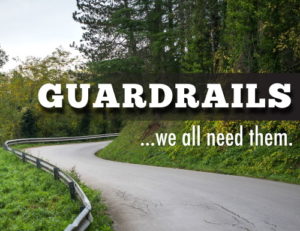 Bannister’s record only lasted 46 days and within one year, 37 runners also broke the 4 minute barrier. Today a mile in less than 3:50 is called a “modern dream mile” and the world record is stands at 3:43,13.

Yet there are some limits we should rather see as guardrails to protect us and not as limits to be challenged.

The speed limit on a specific road is a good example. Also the commandments in God’s word. Jesus Himself said “… whoever hears these sayings of Mine, and does them, I will liken him to a wise man who built his house on the rock: and the rain descended, the floods came, and the winds blew and beat on that house; and it did not fall, for it was founded on the rock.” (Mat 7:24-25)

Although many people stand indifferent to God’s word and His commandments, it will always serve as a plumb line and guardrails to keep one’s life on track.

If the starting point of managing your career is getting to know yourself, a Career Direct Assessment is probably the best place to start. It will not only show who you are, but will also point you in the right direction.