You are here: Home › Rugby World Cup Fever
By David Malherbe (@DGMalherbe) on 2019-09-18 in Excellence, General 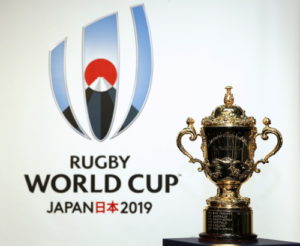 On the eve of the 2019 Rugby World Cup kick-off in Japan, I think as South Africans, we have a more positive expectation for the Springboks to perhaps go all the way to the final than a couple of seasons ago.

There is a much bigger consensus about the players selected for the tournament and after winning the Rugby Championship trophy earlier this year I think we all feel that the Springbok coach has a workable strategy in place.

Winning a world cup is a concerted effort of many role players who all need to work together to get all the ducks in a row. It is not only the coach and the players who need to be at their peak, thorough planning and the wholehearted support of management from top to bottom as well as the general public strengthens the morale of the team.

Because all the teams competing will be at their peak,

there is very little room for error if you want to take the trophy home.

Although there are many role players involved, it is the players’ performance during each 80 minute game that will determine the extent of their success.

The business of sport

Rugby like any other sport in today’s professional era, is a business where you need money to keep the wheels turning and what happens on the field is what keeps spectators coming back for more. Nobody likes to support a losing team. 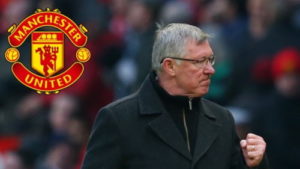 Valued at 2,3 Billion Dollars in 2012, Manchester United became the soccer club with the biggest net worth in the world due to their incredible achievements during the 22 years that Sir Alex Ferguson was their manager and head coach. Yes, Ferguson was even knighted for his team’s incredible performance.

Manchester United became such a successful business that it was first listed on the London Stock Exchange and later on the New York Stock Exchange.

The phenomenon of this sport club so grabbed the attention of the world that the Harvard Business School used it as a case study (Ferguson’s Formula) for their MBA students with Sir Alex Ferguson as a guest lecturer.

“winning is not everything, it’s the only thing”

becomes more important in the professional era. But no team can always win. Older players retire and younger ones need to take their place.

According to Ferguson, a coach needs to build teams in four year cycles. Therefore the management of players’ careers become increasingly important to enable a team to be successful in the long run. Despite his incredible track record as a manager and coach, Ferguson’s succession strategy was not good and six years after his retirement, Manchester United still battles to regain some of its former glory.

After winning two consecutive world cups (2011 & 2015), perhaps the All Blacks thus far came the closest to such a winning streak in rugby. Let us therefore enjoy the world cup tournament and may the best team that’ll win, be the Springboks.

If your feel your life and career landed in a dead end, perhaps you are following the wrong career path. A Career Direct Assessment will not only show who you are, but will also point you in the right direction.

Testing the limits
Time management – Is it possible at all?