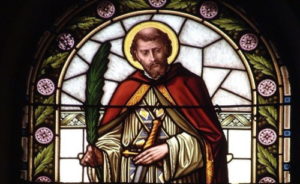 Today is Valentine’s Day, and we share chocolates, special dinners, or cards with our loved ones, but where does the 14 February celebration of love come from and who was St Valentine? Although there are a number of stories about St Valentine, one seems to be acknowledged by most sources as the more likely and perhaps more accurate version.

According to the Encyclopaedia Britannica St Valentine was a Christian martyr. He was supposedly a Roman priest and physician that defied the emperor’s orders and secretly married couples to spare the husbands from war. Imprisoned in the home of a noble, he healed his captor’s blind daughter, causing the whole household to convert to Christianity and sealing his fate. Before being tortured and decapitated,

he sent the girl a note signed “Your Valentine.”

He was buried on the Via Flaminia, and Pope Julius I reportedly built a basilica over his grave.
Apparently St. Valentine, died on 14 February 270 in Rome on feast day. Although the Roman Catholic Church continues to recognize St. Valentine as a saint of the church, he was removed from the General Roman Calendar in 1969 because of the lack of reliable information about him. He is the patron saint of lovers, epileptics, and beekeepers.

But Valentine’s Day only became a festival associated with love since the late 14th century, thanks to the English poet Geoffrey Chaucer. Round about 1380, he wrote a poem called “Parliament of Fowls” that contains this line: “For this was on Saint Valentine’s Day, when every bird comes there to choose his mate.”

So by the 1400’s, with Chaucer and other writers of the time who celebrated romance between knights and noble ladies (who could never marry), stories began to appear linking Saint Valentine to romance and the date became associated with the holiday of romance.

But 14 February can be remembered for more than just romantic celebrations. 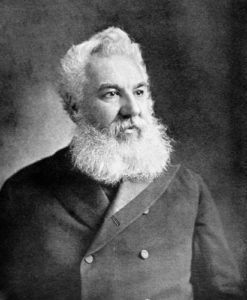 Apparently Alexander Graham Bell applied for a patent for the telephone, on this day in 1876. But as it goes with competition in business, so did Elisha Gray. Eventually the Supreme Court ruled that Bell was the rightful inventor.

This reminds me of the day Dr Christiaan Barnard did the first heart transplant in Groote Schuur Hospital in Cape Town on 3 December 1967 and another medical team did a similar transplant only three days later in the USA.

In 1839 photography was introduced as a gift to the world. Only ten years later on 14 February 1849 James Knox Polk became the first serving president of the United States to have his photograph taken in the White House.

After the United Nations declared the State of Israel in 1948, the Knesset (the Israeli Parliament) convened for the first time on 14 February 1949.

More recently, on 14 February 2005, YouTube was launched by a group of college students, to see it becoming the largest video sharing website in the world and a main source of viral videos.

perhaps 14 February 2020 can mean something more to you than just a romantic celebration;

perhaps it can be the beginning of something new that will significantly shape the rest of your life.

One thing that can really steal your joy in life, is to be in the wrong career or job. If you are that person, a Career Direct Assessment can help you find the right direction. It will not only show who you are, but will also point you in the right direction.