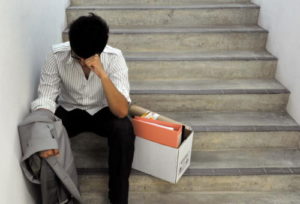 We often hear that politicians are concerned about the wage gap that exists between the salaries of top executives and the lowest earning workers in companies; not that the politicians themselves not look well after themselves either. It is one thing to live well from the earnings of your own company, but to live well on taxpayers’ money is a completely different story.

But the low earning workers of a big company is still better off than the person who had just been retrenched or who has already been unemployed for the past six months or year.

I recently spoke to a man who lost his job and I know that the shock of such an occurrence can paralyse you. It is hard to think straight when the only overwhelming thought that almost controls your mind is “where the money will come from” and “how will we survive?”

During the same week I read about the glitz and glam of the Oscars in Los Angeles. If anything can be worlds apart, it is for sure the gap between receiving the Oscar for best actor / actress and being retrenched.

The one is at the pinnacle of Maslow’s hierarchy of needs, while the other is concerned with the most basic needs in order to survive.

So how should we view such extremes in life? Should we see it as part of an unrighteous system that we should fight tooth and nail or is it a fight as old as time that no one can ever win? It seems that one’s life will always be subject to some or other extreme that may challenge us. We often hear political and even Christian leaders speak out against poverty. They love to say that it is their intention to work for the eradication of poverty.

I believe that in spite of all their good intentions, it will always remain an unattainable dream. In Mark 14:7 Jesus himself said “For you (will) have the poor with you always.”

We may perhaps be able to alleviate poverty, but to eradicate it seems like a bridge to far for humanity to attain.

Perhaps it is better to follow Paul’s advice in Phil 4:11-12 where he says “… I have learned in whatever state I am, to be content: I know how to be abased, and I know how to abound. Everywhere and in all things I have learned both to be full and to be hungry, both to abound and to suffer need.”

His message to Timothy was “… godliness with contentment is great gain. For we brought nothing into this world, and it is certain we can carry nothing out. And having food and clothing, with these we shall be content.” (1Ti 6:6-8)

It does not mean that we should not strive to better our position in life, but to continually be unhappy because others have more than we do, will not make for a good life.

One thing though that can really steal your joy in life, is to be in the wrong career or job. If you are that person, a Career Direct Assessment can help you find the right direction. It will not only show who you are, but will also point you in the right direction.

One Response to Worlds apart